What is the difference between craft beer and regular beer?

The differences between craft beer and regular beer are as follows:

First, the brewing materials of craft beer and ordinary beer are different. Beer is a low-alcohol fermented wine containing carbon dioxide, which is made from grains and water as the main raw materials, and hops (or hop products) are fermented by yeast.

Beer can usually be divided into craft beer and industrial beer according to the raw materials and fermentation process.

1. Craft beer: brewed with only malt, hops, yeast and water, without any artificial additives. Compared to industrial beers, with more malt and more hops added, the resulting wort is more concentrated. Usually, craft beer does not need to consider the cost too much when brewing, and most of them will choose the best raw materials for brewing.

2. Industrial beer: It is also brewed with malt, hops, yeast and water, but in pursuit of cost, more raw materials such as rice, corn and starch are used to replace malt. The resulting beer has a very low wort concentration and a bland taste.

Second, the fermentation process is different

1. Craft beer: mostly ale process, the yeast works at the top of the fermentation tank and floats above the liquor, and the fermentation temperature is generally controlled at 10-20 °C. Fermenters are usually small and are not filtered and sterilized after fermentation.

Third, the fermentation time is different

1. Craft beer: Because there is no need to worry too much about the cost, the fermentation time is often not paid much attention to, and the time cost is not considered too much. The most traditional craft beer fermentation time can be as long as 15 days – 2 months, so that the beer is fully fermented, the wort concentration is higher, and the flavor is stronger.

Fourth, the history of development The fermentation history of different craft beers is longer than that of industrial beers.

1. Craft beer: In the beginning, ale (craft beer) was produced by women to protect their families to survive in harsh environments (such as plague, famine, polluted water, etc.). During the Middle Ages, large numbers of people died from the plague, and the church took over the production of beer.

Due to the huge increase in market demand for beer and high profits, craft beer has developed rapidly. At that time, many European royal families also established their own royal breweries to brew craft beer. But with the advent of refrigeration equipment, industrial beer that is stable in quality, not easy to spoil, and suitable for transportation has become popular. Coupled with the prosperity of glass products, the turbid ale in the transparent glass is not very pleasing, and people are more and more fond of lager beer (mostly industrial beer).

2. Industrial beer: In the 1940s, beer brewers in Bavaria, Germany brought the beer fermentation process to Pilsen, Czech Republic, and produced the world’s earliest golden beer, Pilsen beer (industrial beer), with refrigeration equipment. The emergence of this beer with stable quality and non-deterioration suitable for large-scale industrial production and transportation is popular in the world. As transportation improved, Pilsner and the Pilsner brewing method soon spread throughout Central Europe.

Later, the popular European beer was brought to the United States by immigrants, and gradually Americans gradually liked this beer, but because the United States had less barley, corn was gradually used instead of barley to brew beer, and later evolved into using rice or barley. Starch, etc., instead of barley brewing beer, has formed the American industrial beer seen on the market today.

1. Craft beer: Craft beer usually adds a large variety and quantity of malt, yeast and hops, and can be brewed in different styles, including fragrant wheat beer, thick dark beer, amber beer and fruit beer. Etc., there are nearly 100 styles of craft beer in the world divided by type. These craft beers have rich aroma, high content of wort, thick and full taste, higher nutritional value and high price. Most craft beers have an alcohol content of more than 11 degrees, and some fortified craft beers can reach 20 degrees.

2. Industrial beer: In order to unify the taste of the finished product, the brewing process and style of industrial beer are usually single, and the fermentation time is extremely short, so industrial beer has a light taste, more bubbles, low wort concentration, low hop content and low alcohol content. and other characteristics, its natural nutritional value and price are also lower.

Sixth, the storage time is different

Seventh, the drinking method is different

1. Craft beer: Usually, the taste is thicker and thicker, and the alcohol content is high, which is suitable for drinking slowly.

2. Industrial beer: usually has a lighter taste and a low alcohol content, suitable for drinking in large gulps.

Craft beer is made in small batches, and it usually has a higher alcohol content than regular beer. It also uses more expensive ingredients, and it’s often more flavorful.

Regular beer is made in large batches, so it tends to be less expensive than craft beer. It also has a lower alcohol content and isn’t as flavorful as craft beer.

Craft beer is not filtered or sterilized by high temperature, and retains the original nutrients and active yeast components of the fermentation liquid. Its mellow wine body, rich malt flavor and unique flavor are completely different from traditional bottled beer.

Craft beer is not only good for people’s health, but also has a strong malt aroma and excellent taste, especially in bars, barbecues, and cold cups, and its sales are increasing day by day.

Today’s craft brewers, no matter if they’re starting off in their garage or looking to build a multi-barrel production brewery, are facing an increase in demand and a constant threat of competition. Fortunately, at Specialty Equipment Company, we offer a range of specialty beer brewing equipment can help turn your passion for brewing into a business. 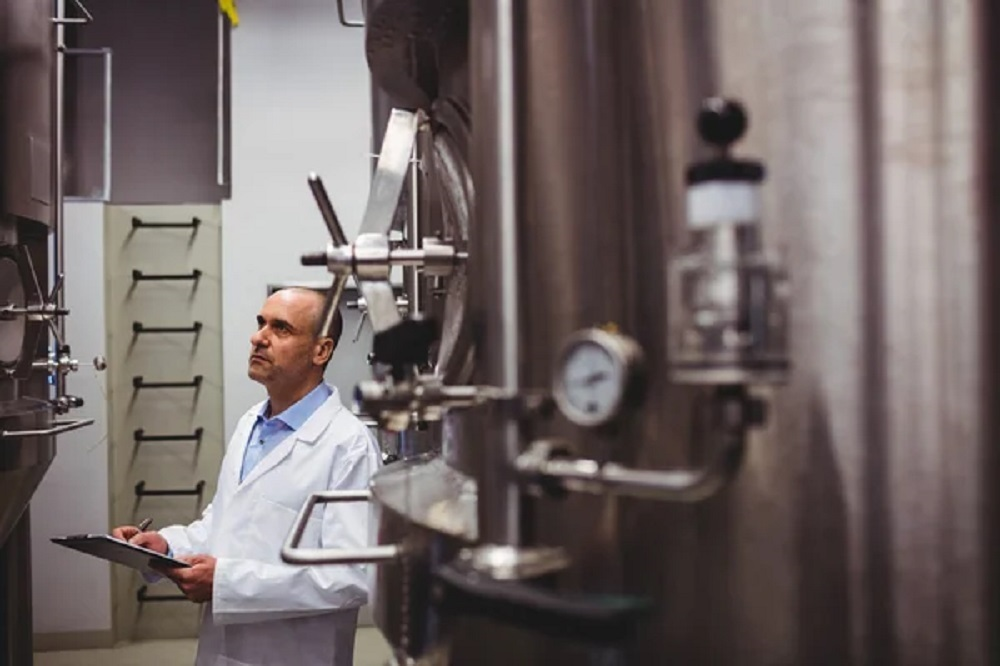